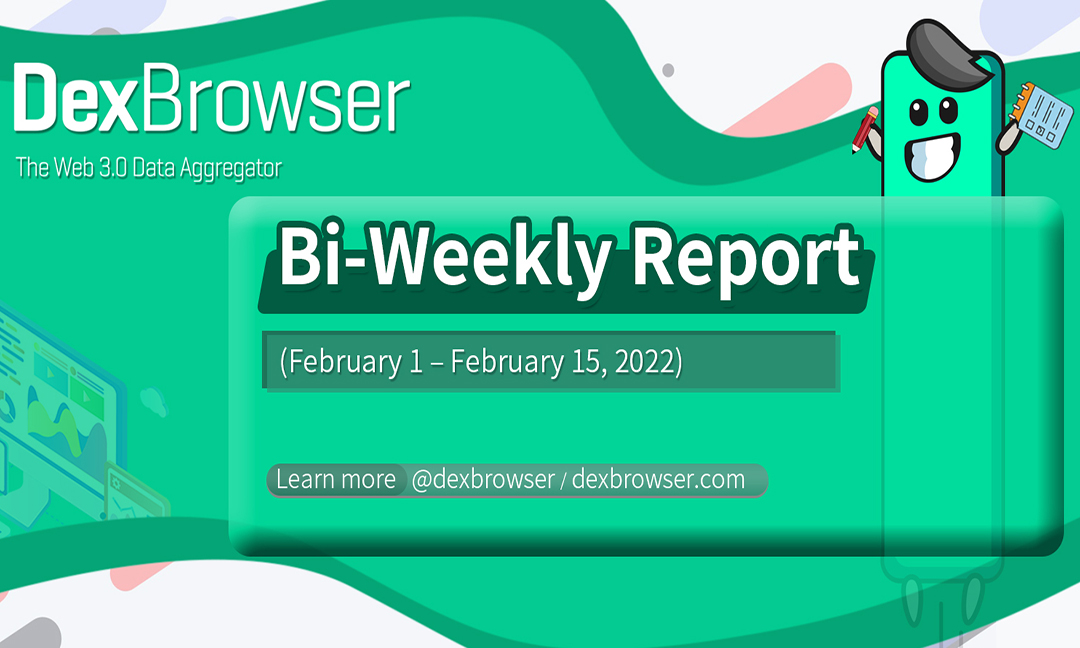 A lot has happened in DexBrowser over the past two weeks. The Russian-speaking community was fully opened. The announcement of the linear unlock of the $BRO token was released and also Valentine’s day was held where we wished more love to our community.

The new product version of Dexbrowser will be released at the end of February, which will bring the new dashboard feature then. Meanwhile, the mobile version will be newly added.

Russian Community has been established!

Apart from the English Community, the second language Russian Community has been established. Users who speak Russian had heated discussions here.

Join here to find a variety of drawings and activities, as well as communicate in a friendly atmosphere and ask different questions about the project. Become a part of Dexbrowser © [RU] now.

According to Dexbrowser Tokenomics, the remaining tokens in the seed and private rounds will be released every month for 12 months. Please note that the next linear unlock will take place on February 28th, 200. For any other questions, you can write to us in the official telegram group.

The DexBrowser team congratulated our community on St. Valentine’s Day. We wish you all a lot of love. Stay with us.

In February and March

Dexbrowser, the premier Web3 data aggregator, is developing a suite of tools to make decentralized trading more accessible and profitable to all. Decentralized trading, liquidity pools, and staking solutions are widespread yet often difficult to access in the current landscape. Dexbrowser aims to combine all of these aspects under one roof to make them more accessible and help users achieve much higher profitability than before.